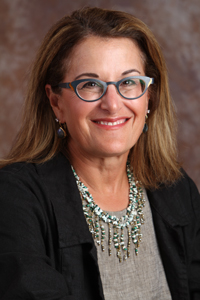 Ms. Resnick is a 1973 graduate of Nicolet High School in the Milwaukee suburb of Glendale, Wisconsin. She earned her Bachelor’s degree from the University of Wisconsin – Madison in 1977 and attended law school at Gonzaga University in Spokane, Washington, where she was a member of the Gonzaga Law Review and University Legal Services Clinic. She graduated with honors from Gonzaga University Law School in 1981. That May, Ms. Resnick was admitted to the State Bar of Wisconsin and the United States District Court for the Eastern District of Wisconsin. She had the honor of admission to the United States Supreme Court in 1990.

Ms. Resnick mediates family law custody disputes  and she also is appointed by the Milwaukee County Circuit Court as a Guardian ad Litem to represent children in family custody disputes.

Ms. Resnick enjoyed practicing law with her father and mentor, Marvin, for 24 years until his death on August 20, 2004.

In her free time, Ms. Resnick enjoys fly fishing and musky fishing with her husband, many other outdoor activities, and spending time with her children, grandchildren and her two Labrador Retrievers.

Mr. Resnick was proud to have served as a First Lieutenant in the United States Army Air Corps. As a co-pilot of a B-24 Liberator in World War II, he was shot down over Yugoslavia, and rescued by Tito’s Partisans before eventually returning to his Bomber Group. He was awarded the Air Medal for his service.